2022 BWM M3 BMW has officially confirmed plans to launch an estate version of the upcoming sixth-generation M3. When it finally reaches the UK market, it will be the first official M-performance version of the 3 Series Touring, and in direct competition with the Mercedes-AMG C 63 Estate and the Audi RS 4 Avant.

The car has been officially depicted in a shadow teaser image and now in a short video clip posted by the manufacturer on Instagram showing a shrouded prototype in testing. The image confirms that the car’s design will follow the new BMW M3 sedan model which has also been spied on testing, as revealed in our exclusive renderings.

The new BMW M3 Touring has also been confirmed to be powered by a twin-turbocharged six-cylinder petrol engine. It’s the same 3.0-liter powertrain found in the X3 M and X4 M performance SUVs, which means the hot M3 estate should have an output of 503bhp and 600Nm of torque.

The new M3 Touring will feature the same four-wheel selectable drive system as the M3 sedan, which will allow the driver to deliver 100 percent of engine power to the rear wheels. BMW has also confirmed that the estate will have a wider track than the standard car, which should be equipped with an upgraded suspension system and bigger brakes.

BMW says the M3 Touring is still in the early stages of a two-year development cycle, so we are unlikely to see a car finished as late as 2022 at the earliest. The first test mules are now conducting public road testing, along with several track-based prototypes, which will undergo a rigorous testing cycle at Nurburgring.

Our exclusive illustrations indicate what the finished M3 Touring will look like, and BMW has confirmed that they will share some of its cosmetic tweaks with the standard M3.

The camouflaged images of the M3 Touring confirm the aggressive changes compared to the regular Touring Series 3, but also the M3 model is set to adopt the large vertical kidney grille which is used to controversial effect on the new Series 4 and subsequent M4 as well.

BMW developed a running M3 Touring prototype based on the E46-generation M3 in 2000, using a straight-six engine that produced 338bhp, but never brought the model to market. 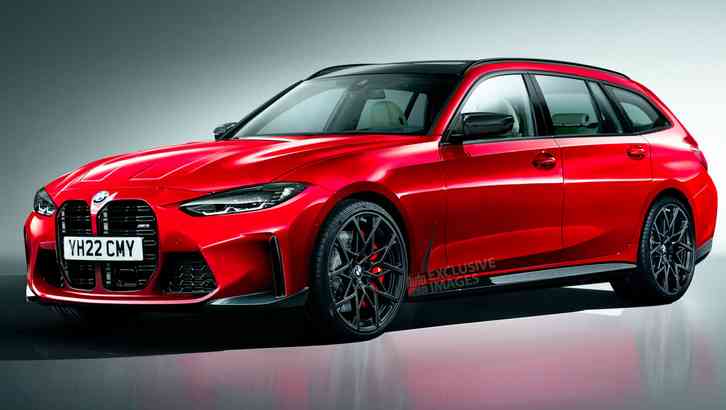 The upcoming MW M3 2022 gets one more rendering. This time, @ zer.0.wt, is giving us an idea of ​​what the new M3’s potential rear view looks like. The rendering is based on several previously leaked images, including this one. In this render, we can see the rear wheel arches widen, similar to those found on the current BMW M3 F80. The bumper includes a distinctive quad exhaust pipe, although it looks a little smaller than usual in this image.

There will be a subtle spoiler at the top of the trunk, on the standard model. A sportier model, like the CS, will likely get a more aggressive lip. As you might expect, the roof is also made of carbon fiber. The front is not shown here, but we’ve seen a lot of leaks showing a very large kidney grille. As seen in this rendering too.

When the BMW M3 G80 debuts, it will be powered by the same new S58 engine as the BMW X3 M and X4 M. So it will be a 3.0-liter twin-turbocharged I6 engine with 473 hp as standard. There will also be a competition model available at launch and will pack the same engine but with 503 hp. For that keeping score, the 503 hp is the same as the Mercedes-AMG C63 S. However, it’s a little less than the 505 hp the Alfa Romeo Giulia Quadrifoglio.

The new BMW M3 G80 will also be the first M3 in history to drive all four wheels. According to our sources, there will be two models; the rear-wheel-drive model and all-wheel-drive model; marks the first for a well-known performance model. The rear-drive M3 will be available with an eight-speed manual or automatic gearbox, while the all-wheel-drive car will only be automatic. 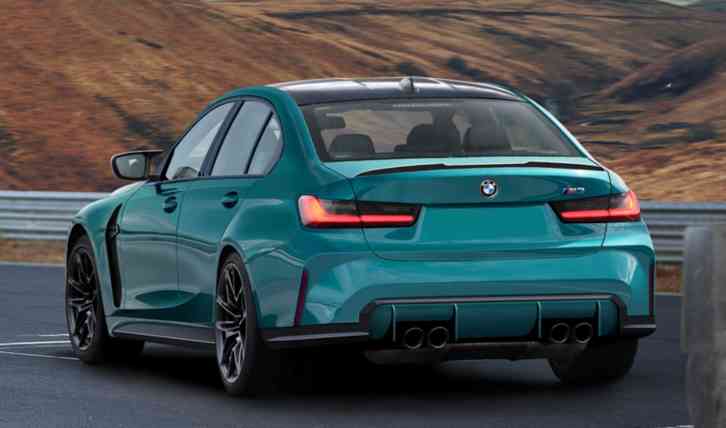 When BMW reveals it will build a wagon version of the upcoming M3, car testing at the Nürburgring is about to begin. Well, the end comes, giving us our first real look at the design. Yes, there is a grille.

Things are a little different once you look back. The standard 3-Series’ Touring bodies have fenders that light up to fit wider tires, and the bumpers are repeated to accommodate the car’s signature quad-out exhaust setup. In the video above, we were also treated to a short sound clip of a car, which was a nice bonus.

The M3 Touring will share a drivetrain with its sedan sibling, meaning the S58 twin-turbo 3.0-liter straight-six is ​​like the powertrain found on the X3 and X4 M, producing between 480 and 510 horsepower, depending on trim. It is unclear whether the car will also be available with a manual transmission.

A spokesman for BMW North America confirmed to us earlier this month that the M3 Touring will not be coming to the US market, which is a shame. Given that hardly anyone else buys carts in America, that’s not surprising news. Let us know in the comments if you think BMW should carry the M3 Touring in the United States. 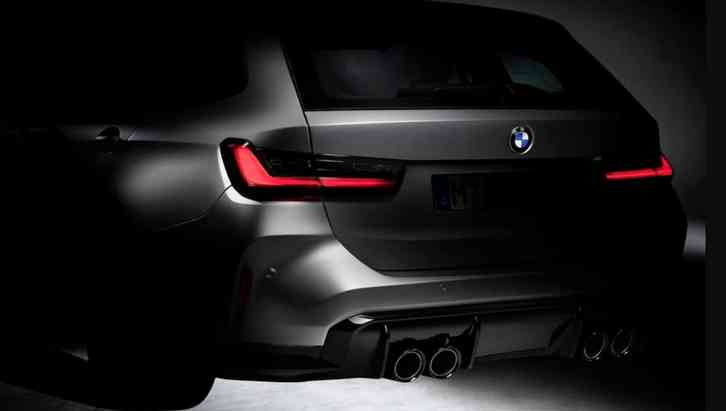 Under the hood, the new M3 Touring will come with the same 3.0-liter turbocharged six-cylinder engine as the upcoming M3 Saloon and M4 Coupe. Expect to produce 480hp in standard trim and 510hp in the guise of more racing competition.

The new M3 family will not only be the first to include a real Touring model but are also expected to be offered with optional xDrive four-wheel drive for the first time. For the standard M3 Saloon, the xDrive will be sold after the conventional rear-wheel-drive car.

The new BMW M3 will be announced in late 2020 and go on sale before 2021. However, the Touring M3 won’t make its debut until sometime in 2022. Expect it to cost several thousand pounds more than the M3.